Before Drake became a hip-hop heavyweight, he was a child star on everyone's favourite coming-of-age highschool drama, Degrassi. Each episode of the Canadian show played out like a novella, with reflections on heartbreak, internet relationships, depression and crushes. And Drake's character, Jimmy was thrust into the middle of all of this.

So it came as no surprise when the rapper, whose burgeoning career hinged on some luck and good faith from Lil Wayne, featured those very same themes. Heartbroken and forlorn, Drake rattled off exes names with nonchalance and arrogance, often both at the same time.

This duality would continue into Drake's music with his unique sing-song flow. While his innovation garnered the Toronto-native praise there was also hostility from hip-hop purists. Until then, rappers were paired with singers, like with Kelly Rowland and Nelly's Dilemma or Jay-Z and Alicia Keys' Empire State of Mind. They never did both the rapping and the singing.

10 years ago, Drake seemed like an outlier in a sea of gangster rappers, but today many have adopted his style. We look back at how this all started and how rappers have increasingly become hybrid performers over the the decade.

On February 13, 2009 Drake released his third official mixtape, So Far Gone. At 22 years old, he was being praised by the likes of Kanye West, Ryan Leslie, Talib Kweli, the Alchemist and Bun B for his innovative sound. Songs like Best I Ever Had and Successful landed him regular radio rotation across stations in New York and Los Angeles propelling him into the collective consciousness. But he didn't stop there. Gutsy interpretations of Lykke Li's Little Bit and collaborations with Omarion, Santigold, and Peter Bjorn proved that Drake wasn't following a blueprint but moving to the beat of his own drum.

In June, following the release of his tape Drake was still unsigned.

A year later, his much anticipated debut album, Thank Me Later dropped. “I still have people who are finding out about me, who are still going through that process,” Drake told Rolling Stone. “And they may have to go back and discover a Comeback Season or a So Far Gone. I know the process they have to go through. But I know that eventually they’re gonna love it, the music, so that’s why I say, Thank Me Later.”

“This is really one of my dumbest flows ever/I haven’t slept in days,” he croons in Unforgettable. Conversely, this would become one of the most influential flows of the decade. Singing and rapping liberally throughout the record, he opts for catchy hooks rather than wordplay, inspiring comparisons to Kanye's 808s & Heartbreak. Drake wasn't the first rapper to sing, but he was the first one to completely overhaul the genre with just how he sang.

Thank Me Later went #1 in Canada, the UK and the US.

Not one to lose momentum, Drake continued undeterred by his naysayers and released his second debut album, Take Care on November 15, 2011. Collaborations with Rihanna (Take Care), The Weeknd (Crew Love) and Nicki Minaj (Make Me Proud), propelled the rapper into the mainstream.

But it was Marvin's Room, which culminated every Drakeism - from his singing, flow and navel-gazing tales about women to a saccharine snippet of a drunk voicemail - that captured fans' imagination. And other musicians took notice. It wouldn't be long before his influence would travel far and wide.

Atlanta hip-hop began to gain traction on the world stage, and one of the region's biggest names Future captivated an audience with his moaning, lean-induced bars that melted together everything from love and sex to bravado and women. In an interview with the Washington Post, the rapper admitted he spent his free time watching concert footage of Lady Gaga. Perhaps it's difficult to draw similarities between the two artists, but his 2012 album, Pluto, featured warbled singalong stanzas that inspired a popstar-like following.

“Rick James, Tina Turner, whoever it might be,” he says. “Lady Gaga, Bono. They got 50,000 people in the stadium and they got everyone singing along... I feel like I’m doing something in Atlanta that nobody ever did, as far as rap,” Future says. “If it happens to end up on the top 40 or the pop charts, it doesn’t mean I meant to go pop. It’s just where the music took me. It started at the bottom and it rises.”

Future's rise coincided with the release of Frank Ocean's celebrated debut record, Channel Orange, which blurred the lines between R&B, indie, hip-hop and rap. On Super Rich Kids, Ocean weaves in and out of a staccato flow and his melifluous lilt, while on Sierra Leone he opts to overlay his singing with robotic rapping.

By 2013, the lines between singer and rapper were becoming fuzzy. The release of Kanye's iconoclastic record, Yeezus, saw the progenitor sing, rap and scream in between claims of being a god. Not to mention the rise of Childish Gambino, whose radio hit 3005 featured the star's smooth vocals between verses that showed off his inimitable wordplay.

Meanwhile, the less popular cousin of sing-song flows, mumble rap began to rear its head with Young Thug, Future, Rich Gang and Gucci Mane. Rather than clear delineations between singing and rapping, the slow languid flow of mumble rap exists somewhere between the two in what was a very divisive way.

Enter Rae Sremmurd. The fresh fraternal-duo, made up of Slim Jxmmi and Swae Lee, perfected the sing-song flow and their songs No Flex Zone and No Type ushered in a new era of rap. It brought together the hedonistic party trap of Atlanta with the saccharine sing-song flow of Drake.

Meanwhile, Nicki Minaj who had released her third studio album, The Pinkprint, waxed lyrical on loss, heartbreak and life. On Grand Piano, a dizzying ballad Minaj flexes her pipes, singing for the entirety of the song.

In 2015, Drake's interpolation of singing climaxed with Hotline Bling, which had no rapping in it at all. The dancehall single defined what would go on to be an eruption in singing rappers. Post Malone made his debut with White Iverson and Fetty Wap, a New Jersey native, yodeled his way into our hearts with Trap Queen. Even J.Cole began singing, whose impromptu single, Be Free, prompted a lot more singing on his 2014 album, Forest Hills Drive.

"Why do rappers think they can sing," The Enigmatic asked on the now-defunct Genius forums. "Pretty much all of them are garbage at it. They should stick to rapping. I can’t name a single rapper who can actually sing well."

But singing well was never anyone's intention. For music fans, Post Malone's voice shaking a little as he hit a high note was irrelevant when the music being created was so fresh.

By 2016 what constituted rap, R&B and pop had merged into one. This was the year that Rihanna unleashed ANTI, a triumphant and subversive revision of her popstar image. The Barbados star didn't bite her tongue, instead she leaned into violence, sex, money and black female empowerment, especially on Bitch Better Have My Money and Sex With Me.

Meanwhile, rap was becoming dominated by the sing-song flow. Chance The Rapper released his mixtape Coloring Book shortly after being featured on Kanye's gospel-inspired album, The Life Of Pablo. While the Chicago rapper isn't the best singer, on songs like All We Got, Same Drugs and Juke Jam, which features Justin Bieber, Chance seamlessly comes in and out of a staccato flow into a nascent hum. Coloring Book didn't just break records, it earned Chance a Grammy and was one of the highest critically reviewed albums of the year.

As 2017 rolled around, the lines drawn between rappers who sang and those who didn't were washed away by a new guard of hybrid performers. Emo-rap became the cornerstone for modern rap music, interpolating pop-punk textures into Atlanta-trap beats. Lil Uzi Vert, the late Lil Peep, Yung Lean, the late XXXTentacion and Lil Tracy became the new faces of a burgeoning era in hip-hop that didn't question whether rappers should sing, but instead pushed it further than anyone that came before them.

Drake returned in 2018 with God's Plan and Nice For What, boisterous singles that encapsulated everything the rapper had become known for, while his rap-heavy singles, including Diplomatic Immunity, failed to make a splash. As music fans became more attuned to melodic hip-hop, mainstream audiences began to lose interest in staccato flows and traditional rappers.

Post Malone became a mainstay in the top 10, Cardi B tried her hand at singing on her confessional single Be Careful, while newcomers Lil Baby and Gunna used Autotune to dip in and out of rapping and singing on their hit, Drip Too Hard.

Now, almost every rapper is a hybrid artist, possessing all the skills that required two, if not three people, a mere 10 years ago. The DNA of the genre has changed dramatically, but also given way to more emotional and textural range that has branched off Drake's initial work. It's an exciting time for hip-hop as we enter a new decade, which means new sounds, new innovations, and more artists looking to turn everything upside down. 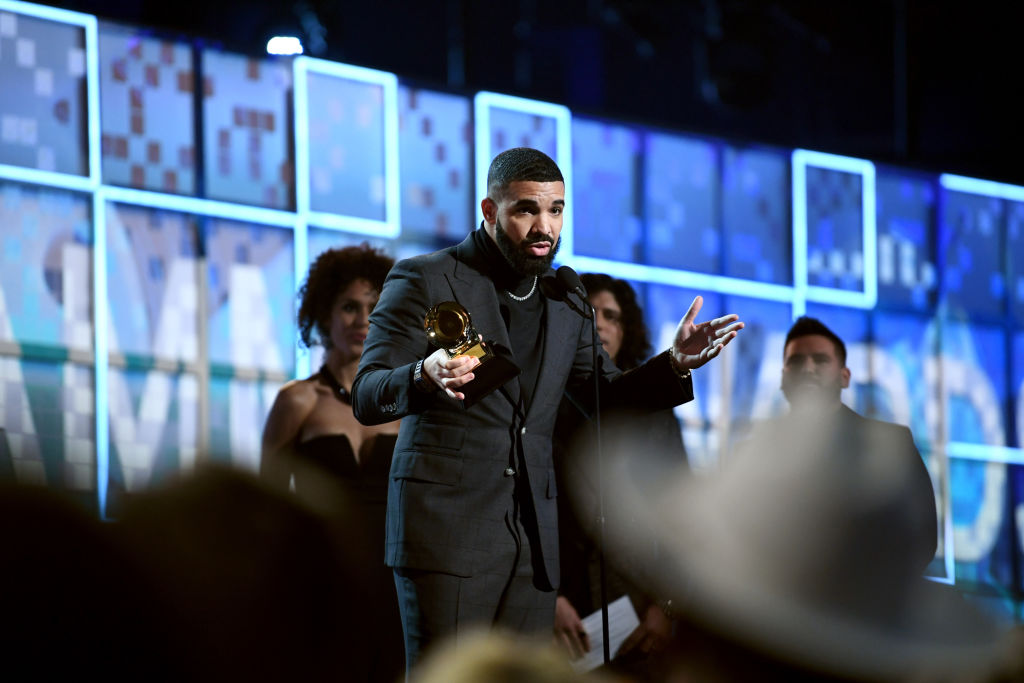