Australian artists are continuing to make some of the world's most forward-thinking and innovative music, and this is exemplified by the First Nations artists that are changing the way Australians view different genres.

Artists like Thelma Plum, A.B Original, Baker Boy and Jessica Mauboy continue to write music that connects with Australians everywhere while telling some of the most important stories there are. However, there are a whole host of rising stars that are looking to make their own mark on Australian music.

We've put together a list of some of our favourite Aboriginal and Torres Strait Islander musicians, so you can find some new music that'll blow your mind.

Whether you're into rock, pop, hip-hop or something different, you might just find your new favourite band amongst this list - so dive in!

While they've only released the one track so far, King Stingray have already turned heads with their unique brand of rough and raucous rock.

Hailing from Yirrkala, a community in East Arnhem land, the band is also the next generation of Yothu Yindi. Both Roy Kellaway and singer Yirr?a Yunupi?u currently feature in Yothu Yindi, and are related to two of the original members.

King Stingray's debut single Hey Wanhaka combines surf rock and and traditional Yol?u manikay to create their own brand of Yol?u rock. It's loud, it's fun, and it's unlike anything you've heard before.

JK-47's debut album, Made For This, has stamped him as one of Australia's most important voices. The Bundjalung rapper isn't afraid to be honest about his struggles - both on a personal and community level. He's open about being a father, as well as the systemic racism that continues to plague Australia.

Speaking to NME, JK-47 says his goal is to have people relate to his lyrics. “Hopefully, I can relate to other people that go through it; worries at home or whatever it is, just get on that level with them.”

Every bar on Made For This will resonate with different people, and it all comes straight from JK's heart. It's one of the most honest hip-hop albums you'll hear this year, and will open your eyes up to the struggles that First Nations people face every day.

When you enter what Sycco calls "Sycco World", you're in a space that you've never been before. Sycco's world is full of woozy, addictive pop, with just the right amount of kick.

Sycco taught herself guitar, and only ever wanted to make music. It's no surprise, either, as music is in her family. Her grandma was a jazz singer, which is how she met Sycco's grandpa.

Her grandma was also of Torres Strait Islands descent, something she's learning more and more about every day. Sycco's grandma is also always giving her feedback on her music, and she told triple j that grandma's "always [telling] me what I’m doing wrong.” There's nothing quite like family feedback.

When she's not making music, she's hanging out with artists like Mallrat and The Jungle Giants, as well as playing huge stages like Laneway Festival. Welcome to Sycco's world - you'll definitely enjoy your stay.

The Kid LAROI might just be the biggest artist in America, and he's only getting started. His new mixtape, F*ck Love, features Juice Wrld, Corbin and Lil Mosey, and hit #1 on the Billboard 200 Charts recently - a huge moment for Australian hip-hop globally.

Speaking to Red Bull about his success, Billboard Australia correspondent Lars Brandle says his chart success is a huge achievement. "The truly big deal in all this is that The Kid cracked the top 10 on the Billboard 200. It's a rare feat for an Australian act to go so high on the main US albums chart, let alone for a teenager from Sydney. You won't find a male solo Aussie rapper who has enjoyed such a huge start in the US."

The Kid LAROI's name comes from his heritage, as he's part of the Kamilaroi people. The sky is the limit for LAROI - he's putting Australian rap on the map in a huge way. He's opening doors for the rest of the Australian music industry, and it won't be long before we see other Aussie artists benefit from LAROI's success.

Budjerah's debut single, Missing You, is a track that captures the isolation that's dominated 2020. He combines the sounds of soul, gospel and R&B music in the vein of Frank Ocean and Miguel, while giving it a uniquely Australian flavour.

Of Budjalung descent, he's worked with Matt Corby on his upcoming EP, and he says the pair are kindred spirits. "We're both singers. In my music, I think of how I'm going to use my voice as an instrument before the melody and anything else. Matt is classically trained, so he pushed me vocally. We both really like the real, organic sounds of instruments instead of synthesisers or anything too produced."

Keep an eye on what Budjerah does next - there's a lot more music on the way very, very soon.

DENNI's music draws from her experience as part of the Tasmanian Aboriginal community and is her way of healing. She's an advocate for social change, which is reflected in her latest single featuring Greeley, Murder.

Speaking about her approach to music, DENNI says she focuses on “the importance of truth-telling in this country about our true history”. She's able to shift between hip-hop and indie-pop music and is one of Australia's most important voices.

Talking to Aus Music Scene, DENNI says that her lyricism comes from her love of story-telling. "All my songs start out as poetry, lyric driven pieces and working with different soundscapes and melodies challenges me as an artist. Really, it’s all about story no matter the genre I’m writing to." Each of her songs tells a powerful story, and she gives a voice to people that need it most.

Tia Gostelow's 2018 album Thick Skin was the culmination of a lot of hard work. Growing up on Groote Eylandt, a remote island in the Gulf of Carpentaria, Tia has always been connected to Indigenous culture.

Speaking to the ABC about her upbringing, as well as coming from the Luma Luma tribe in Cape York, Tia says it was a great place to live. "I can just remember going fishing a lot and to all the little islands ... [and] learning how to weave baskets out of plants and paint shells with ochre."

She's just released her second album, Chrysalis, which sees her sound evolve into one that's ready for the dancefloor. There's something for both old and new Tia fans on the album, and it continues her rise to the top ranks of Australian music.

Tasman Keith has hip-hop in his veins - after all, he's the son of Aboriginal hip-hop legend Wire MC. He's always felt compelled to tell the stories of the Gumbaynggirr people, and he does so through combining hip-hop, R&B and funk.

He's played stages like Laneway and Groovin The Moo, and wants to give people the chance to listen to music he never got to. He's making music for the next generation of First Nations people. No matter how big he gets, he'll always make his music for them.

Kobie Dee is one of Australia's most gifted storytellers. The Gamilaroi artist doesn't hide from the issues he's seen growing up, but he's now in a position to be a leader of his community.

He's open about having to teach himself the history of his people, because Australian schools don't teach Indigenous history. His paternal great grandfather was part of the Stolen Generation, and speaking to DUMMY he says he's continuing the tradition of those that came before him. “My people had no written language. All our history was passed down through song or dance. I just feel like I’m passing down that tradition by telling stories of our age, of our communities.”

Whether he's telling stories from his own life or putting himself in someone else's shoes, each of Kobie's tracks creates a world you can vividly imagine. While 2020 might have been a write-off, Kobie's momentum can't be stopped.

Lady Lash's music represents not one but two ancient civilisations. Her Greek and Indigenous heritage fuels her music, and she's always had a desire to connect with people on a deeper level.

Her style of music has always been evolving, and she tells SBS she's never been content with stagnating. “Whether it was rapping or opera and everything in between, I would use my vocals through the microphone to push my heart and soul out into the crowd.”

Speaking about her latest single, Thieving Hearts, she says it's a love letter to where she grew up. "’I wrote this song about connecting back to my hometown and how spiritual and powerful that can be all while honouring your Culture, Deep Memories and your Inner Feminine & Masculine." 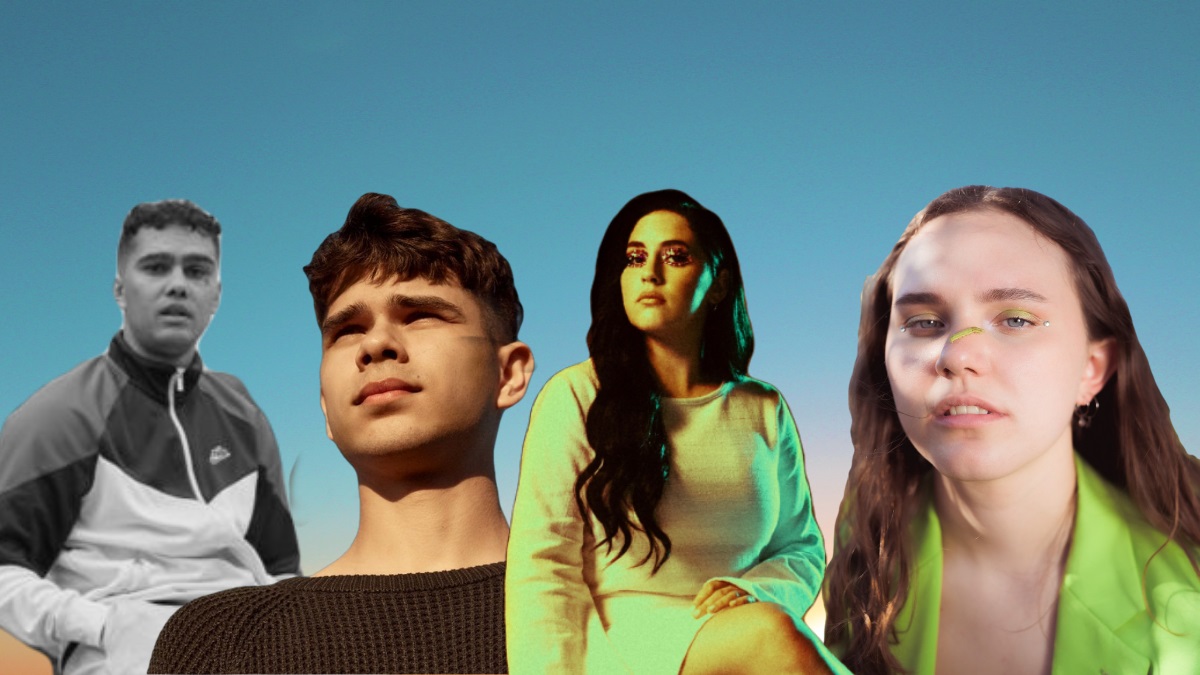