Why You Should Pay Attention To Canberra's Hip Hop Scene

Citizen Kay (real name Kojo Ansah) remembers when he first started touring. “Every interview, every article, was always like ‘Citizen Kay, the Canberra rapper!’ It was almost like a novelty. Honestly, like the first year of touring, that played to our advantage so much.

“People didn't think there was anything else happening which was yeah, both a negative and a positive. We saw the positive out of it,” he shrugs.

There’s a perception of Canberra as a suburban bubble, full of politicians and public servants. As genres go, hip hop doesn’t exactly spring to mind.

Maybe someone should tell Canberra that. Hip hop, which has been bubbling away in the capital over the last few years, seems to be on the brink of something great. Kirklandd and Coda Conduct are making a splash nationally, brothers Genesis Owusu and Citizen Kay have been in awards contention for years now, and artists like Turquoise Prince, Coolio Desgracias and Housemouse, Shaka J, YNG Martyr and KG are constantly innovating.

Ansah is in his studio talking to Kirklandd (Daniel Kirkland) and Coolio Desgracias (Simon Milman) about Canberra’s hip hop scene, past, present and future.

The three vary wildly in terms of style: Kirklandd describes himself as hip hop with heavy soul, pop and trap influences, Citizen Kay’s music is funk and soul-infused, and Coolio Desgracias creates “dusted hip hop”. The eclectic, close-knit nature of Canberra’s scene has influenced all of their music, from the metal drummers who play in Citizen Kay and Kirklandd’s bands to Coolio Desgracias’ side projects (most recently, a metal track called Santa’s Dead).

Cross-pollination between musicians and genres has been key to keeping Canberra’s hip hop artists fresh; that willingness to experiment is one of the things that defines Canberra hip hop.

“Five years ago, I had conversations with people that were specifically like, ‘alright, this is the type of stuff triple j and radio are playing, so we shouldn’t make music like this. I think people are confident to just make... I feel way more confident in the music I’m making at the moment,” Citizen Kay says. “I feel confident to experiment and do things that I've always been doing, I just never released, I never put out there because I didn't think that it would translate.”

Kirklandd says the second thing that distinguishes Canberra’s hip hop is its sheer quality. “Just the quality and the richness of music and artistry,” he says, pointing to ANU’s prestigious School of Music (which Coolio Desgracias graduated from) as one of the reasons.

“I think that's what's translating the most and helping us break barriers that people have previously seen with Canberra. Like if you look at what SAFIA curates live or what Kofi (Genesis Owusu) has been doing live and his costumes and everything, yeah, the quality across those two specific areas to me are what’s translating the most.”

In a small city, making it as a musician can feel like a zero sum game, but Canberra is moving beyond that now.

Coolio Desgracias admits (“I’m really embarrassed to say this”) that partly because of this, he hasn’t been to a lot of hip hop gigs in the last decade.

That said, things are changing. For punters, gigs have become more inclusive and welcoming. “At a venue, when someone’s being a bit of a dick, people will speak out about it,” Citizen Kay says.

Kirklandd nods. “We anticipate calling that out,” he adds. “Like when I start the show every time now, I'm like, guys look to your left, look to your right, make sure everyone's happy and comfortable. If you're not, we'll stop the show. Because we have seen times when we've had to be like, this is fucking out of order. But on the most part, people just want that energy and that assurance and then it runs from there.”

And for artists, “We’re really growing a, ‘I support you, you support me’ kind of vibe at the moment,” Citizen Kay says.

“I think I started at a time where that was the case, definitely. With open arms; everyone was really supportive very quickly. And then we all had this community around the live shows,” Kirklandd agrees.

Citizen Kay points to Genesis Owusu. “To be honest, like, you know, Kofi's a great example. You know, little brother and stuff, but even seeing his stuff now I’m actually going, hey, I need to step my game up. Like it's that healthy competition in a way, but also like so proud, but also going, okay now a new standard has been set.”

There’s a growing feeling that Canberran music is actually worthy of respect. “More artists are staying in Canberra. And having like, SAFIA and Peking Duk repping Canberra now... before I feel like artists who were originally from here weren't actively saying that they were from here,” Citizen Kay says. He mentions a few artists who have obscured their Canberra origins. “That was always interesting to me.”

“That sort of negativity, like it was definitely like there,” Kirklandd agrees. “But the more you like, just proved that you were there for the music and you know, bring the vibe, people just got around it.”

Citizen Kay is endlessly optimistic about Canberra hip hop’s future. “If we keep on this trajectory, I am so confident... like people from Melbourne are gonna be like, shit, we gotta go to Canberra and make some good music.”

We turn to Coolio Desgracias and ask him what he thinks as a veteran of the scene. With a good 20 years on Kirklandd and Citizen Kay, he’s slightly more reserved: “I moved away for a while and I came back and I found it... a bit different. It definitely didn't seem to have that same spirit.”

Part of this is simply venues. “You feel like, either there's not much effort going into like, creating a vibe, or it's just that the vibe that they’ve created is shitty,” Coolio Desgracias says. Beloved dive bar The Phoenix, with its mismatched furniture and tiny but well-used stage, closed last year, and alternatives for venues are slim.

Coolio Desgracias also points to the development and gentrification of inner-city precinct Braddon, which has yielded plenty of great restaurants and bars, but not much in the way of live music (with the exception of “some Aussie scrubber with a guitar doing Pete Murray shit” in a pub, he says disdainfully).

“But,” he says, looking to the bright side, “I think we hit a little bit of a slump there for a while, and I think we're sort of coming out of it. I don't think it was genre-specific, I think it was just overall.”

For Citizen Kay, it’s all gravy. “As long as that we keep going down this road like we're gonna, no doubt in my mind, be a hub. People from LA will be like, going to Canberra for six months, gonna be working with this person...like that's like my vision for Canberra.” 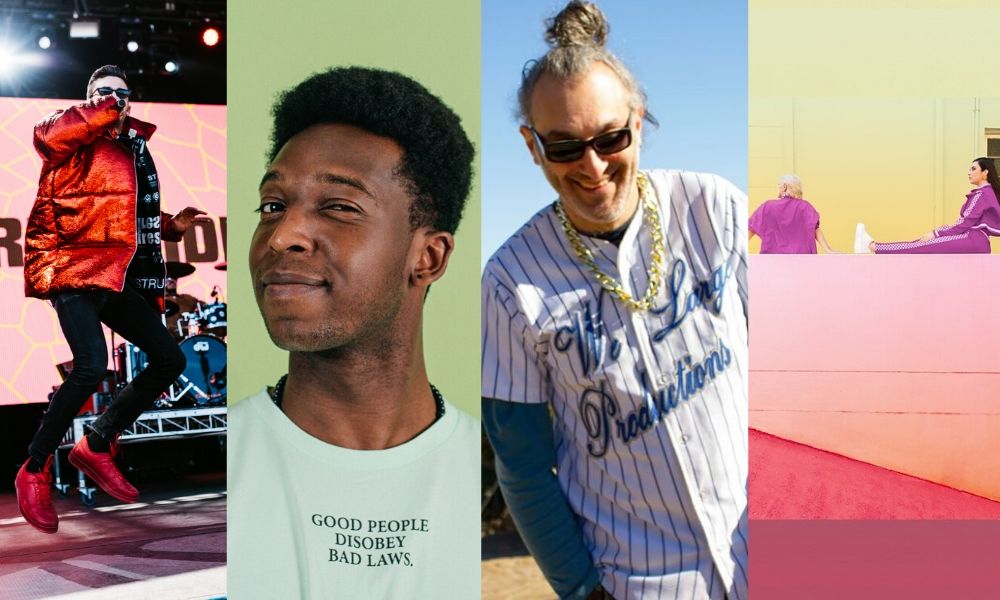