Maurice Miller and Jamie Pyne are the two masterminds behind the kaleidoscopic sound that is DUAL. The New Zealand-based psychedelic pop duo have come through with the irresistible indie-pop groove Honey and they’ve just announced their EP Lately I Don’t Know, set to drop December 4th.

Off the back of a late-night writing session with Jim Eliot (the genius behind much of Ellie Goulding’s discography) DUAL sat down for a chat about everything from finding psychedelic rock at a Catholic boys school, to working with one of their teenage heroes Kody Neilson on the new single Honey.

It’s been a weird year overall, but a very successful one for you guys! Four incredible singles; Running Around My Head, Lately I Don’t Know, What Do You Say and now the delicious new bumper Honey all out in a matter of months! Looking back on 2020, how do you feel about the year that’s been?

Jamie: We’re feeling good! We’ve been busier than we’ve ever been. Really stepped everything up, writing a whole bunch, releasing, doing all the backend stuff… It’s been good. And just feeling so lucky we can go out and play shows. When you see the videos from around the world, everyone’s in lockdown, and we can go out and almost live like normal.

Maurice: Yeah, it’s been a weird mix. For the music it’s been great but for the world it’s been strange. So, it’s like this weird dynamic of feeling good but then like… “woah.”

And you wrote the single Lately I Don’t Know before everything really hit the fan in 2020? It was kind of like a prophecy!

Maurice: Yeah, we wrote it in December.

Maurice: True, it was on the cusp.

Let’s dial it back, when did you guys start writing music?

Maurice: Well I’d always sung throughout school. I’m from a musical family. My Grandad was an opera singer. He still sings today and teaches. Both his parents were musicians, one of them was a violinist, his Mum was a pianist. I was just encouraged really. I sung in the National Opera when I was 13.
That was my first big thing as a boy Soprano – you know. I stopped singing for a few years after that, got back into it in my final year of school and that’s when I linked up with Jamie and we started writing together.

And how did DUAL come to be?

Maurice: We actually befriended each other in religious studies class and bonded over our love for Tame Impala.

Jamie: Innerspeaker had just come out and we were all obsessed with it, so we thought let’s form a band. In the early stages we always got really good feedback live, that’s what really kept us going.

Wow, that’s a juxtaposition! I love that. And what a trip, the origins of DUAL started with a love for Tame Impala and then a Tame Impala member remixed one of your tracks! That must have been pretty surreal.

Maurice: Yeah it was crazy! Surreal. Gum & Ginoli did a crazy good job.

Am I getting the sense you guys are a little sleepy?

Jamie: Yeah, we were up ‘til 2am working with this producer Jim Eliot over in Wales. Back and forth, he’d make stuff and then he’d send it back .

Maurice: It’s interesting to work like that, through Zoom.

What’s it like working with producers from different parts of the world? Ones you might not know personally?

Jamie: At the start it’s always a bit weird, because like you don’t know the person and then you’re making creative things…

Maurice: You’re like opening… You’re showing them what you do. You know what I mean?

Totally, it’s so personal right? Like an entry to your diary! Must be odd at first sharing that and getting feedback.

Jamie: Just having a different angle. Thinking about melodies and where they’re going. We’ve been writing for so long together sometimes you can get into rhythms you keep going down.

Maurice: It’s good to get out of your zone!

What was it like working with NZ music legend, Kody Nielson on Honey?

Maurice: The dynamics of a relationship. how it can be hot one minute, and then cold, and then the next you’re like “What are we doing? Do we need some time? Do we go our separate ways?”

Maurice: Well, there is, for the EP definitely! I was thinking about it the other day… My parents broke up, which was a big thing for me, it was probably about three years ago which is a while I suppose, but they never resolved anything. They don’t talk to each other. They’re not friends. They can’t even be in the same room. And for me that was like a really traumatic thing.

And while that was happening, I was falling in love for the first time. So, it was like this blend of one thing ending … and another starting. That’s where all the songs came from. Writing from my perspective and writing from their perspective as well.

Everything’s kind of mixed up though. It just kind of came out of me. Lyrically, I don’t like to think too much. The music will dictate the feeling, and then the lyrics come from that.

Is there a video coming for Honey?

Maurice: We reached out to Dimitri Basil, just on the Instagram DMs, trying our luck because we love his style and he got back to us and said he loves the song and he’s keen!

Jamie: We’ve just kind of given it to him. We don’t know what it’s going to look like. But he’s got such a distinct style. He’s done videos for Unknown Mortal Orchestra, Kings of Leon… It’s cool. But yeah, release date to be confirmed!

Can’t wait to see it! Can you tell me a little more about what we can expect on the EP?

Maurice: It’s six tracks. Four new songs, including Honey, along with What Do You Say and Lately I Don’t Know. There’s a really nice interlude in there as well, which is quite sweet. It’s all synthy and blissy.

Jamie: We worked with this incredible engineer Neil Baldock. He’s all about performance. There’s two new tracks Over & Over and My Way which came out so good. Pretty proud of that. Over & Over is based around this break beat. What are the lyrics about I don’t actually know?

You’ve got the mood, leave Maurice to the lyrics.

Maurice: The lyrics, yeah. they’re about… Well, when I met my ex-girlfriend she was in a relationship. Just messy relationship stuff. I put myself in someone else’s shoes. But then it’s my parents’ stuff too. It’s just like this washing machine of… feelings. You know, should I stay or should I go? “Over and over why are you on my mind? I feel like it’s over, I feel like you’re wasting my time,” that’s the hook.

For My Way Jamie had this riff, it was like this crooning, dirty riff that took me somewhere. Kind of made me feel inspired by James Bond or something.

Jamie: Bluesy but not bluesy. Bluesy in the feel of it.

Maurice: Yeah, that song sort of has like a James Bond theme, like you’re in a millionaire’s casino or hotel…

Jamie: Imagine being in a foreign country and then Angelina Jolie turns up.

Maurice: Yeah like some way out of your league spy. It’s a spy world. We’d never written like that before, so it was cool.

Any festivals lined up for the summer?

Maurice: We’ve got Splore locked in! A new one called I

And the EP release party!

Jamie: Yeah! Lot 23, December 5th. It’s a sound proof studio with a big white wall. We’re going to get a smoke machine in there, a whole bunch of lights and lasers.

I’m so excited! Final question. What does the five-year plan look like?

Maurice: An album. Maybe a couple albums. Having our own studio would be great! Some sort of award. A world tour.

Maurice: We’re going to run a half marathon together next year, and then people can bet on who they think is going to win and the money will go towards men’s mental health we’re thinking.

You can catch DUAL live in Auckland at their EP release party December 5th. They’re an absolutely unmissable live experience. Check out their dynamic EP Lately I Don’t Know, out December 4th! 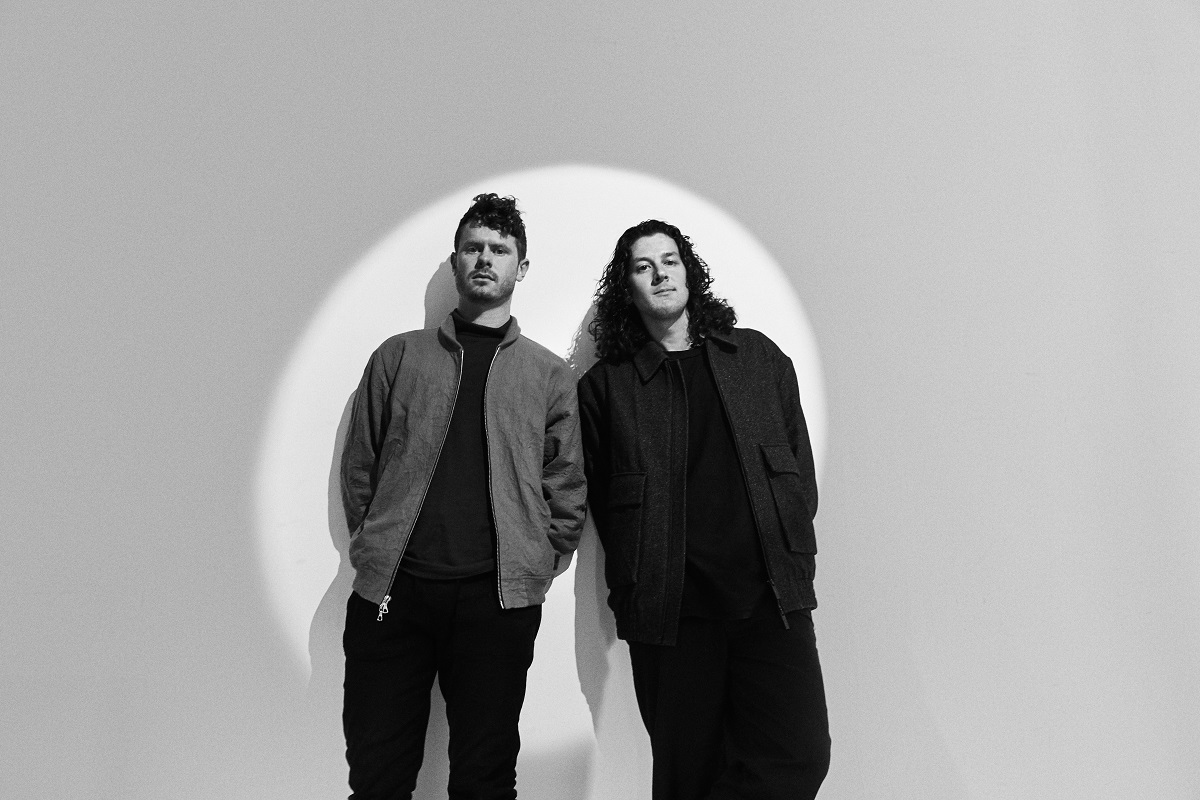