A Guide To 88rising's Game-Changing Artists

88rising continue to make moves with their artist roster - they're one of the most forward-thinking collectives on the planet. However, it can be hard to keep track of what each artist is up to because they're always so busy! 88rising is all about bringing Asian and Asian-American artists to the world, and giving them the chance to shine on a global stage.

Speaking about 88rising's goal, founder Sean Miyashiro told Highsnobiety there's a simple goal for the group. "I think we’re working because we’re making stuff that resonates from a music perspective and as an overall brand. You go onto our platform and enter a universe of imagination. There’s a universe of people and a universe of shit that we just love and want to showcase. That’s where it starts and begins for us and that’s why it works.”

We've put together a guide to help you get to know each artist, and what they're all about.

Filipino-Australian singer Ylona Garcia is the newest member of 88rising, and she's just released the vulnerable Don't Go Changing, which highlights the different stages of letting go. It's a track that showcases Ylona's blend of R&B, pop and soul, and you'll get swept up in her husky vocals.

Speaking about dream collaborations with Hypebae, Ylona says she'd love to work with Joyner Lucas and Khalid. Ylona's got a lot more music to share with the world, and we can't wait to see what she drops next.

KOAD took a risk by dropping out of high school at 15 to chase his musical dream, but it's paying off for him. His love of music was born from hip-hop, rock and soul, and he uses music to help him explore his Indian-American heritage, all from his parents' garage.

His new track, jaunty, sees him exploring his identity, as the production incorporates Indian instruments. It's another example of the world-building that KOAD is capable of through his lyrics, and he says it's "about [his] relationship with [his] culture, family, and identity".

18-year-old Indonesian rapper Warren Hue has just released his new single Omomo Punk, and it sees him celebrating the love of his life. The clip, directed by Jason Ano, sees him changing outfits while living his best life, and its a flex.

Speaking to Bandwagon back in December, Warren paid tribute to 88rising. Warren says, "I am blessed to have 88rising support my career and help me push out my ideas in whatever I'm doing so I'm most definitely excited for the future."

K-Pop artist CHUNG HA has made a name for herself both as a solo artist, as well as an artist that's worked wit the likes of Rich Brian and GUAYNAA. Her debut album, Querencia, is divided into four chapters - Noble, Savage, Unknown and Pleasures. It's a great look at CHUNG HA's musical vision, and her love for genres beyond K-Pop like house, Latin, afrobeat and more.

She was previously the main dancer for project girl group I.O.I, and her step out into the spotlight is realised across the 21 tracks of Querencia. Working with Puerto Rican rapper GUAYNAA on the track Demente, you'll hear K-Pop mashed together with reggaeton - and there's plenty more experimentation on the rest of the album.

Rich Brian might be 88rising's biggest name, and it's partly down to his ability to transition through different genres. Not only is he a great rapper, but he's got the ability to write a serious pop hook. He's recently been showing off his softer, singing side, and we can't get enough.

His latest EP, 1999, talks about heartbreak, fake friends and going to therapy. He also told Genius that one of the project's biggest songs, Love In My Pocket, is a direct response to the pandemic. “The past few months have felt like a huge trip and we’re all just kind of like, ‘What the fuck is going on?’ And we’re all just trying to process it, like, collectively as humans.”

AUGUST 08 is one of 88rising's most versatile artists. Growing up singing in LA's Koreatown district, there's elements of soul, hip-hop, rap and R&B in his music. He once told Acclaim Mag he tells people he makes music for "crying on the dancefloor", and we think that's a pretty apt description. If you want to bust a move AND be in your feelings, AUGUST 08 has you covered.

Talking about his latest single, Bussdown Your Soul, AUGUST 08 says, “Bussdown Your Soul speaks to the emotion of being forced to be a part of things you don’t want any part of. In circumstances where you have no choice but to bang or starve, your only choice is to survive." We can't wait to see what AUGUST 08 has in store for us - Bussdown Your Soul has us very excited.

Half-Aussie Joji makes music that sounds like it could be from outer space. His brand of pop/R&B music and mournful voice manages to capture the exact emotions we're feeling at any given time, and if you told us he was able to see inside people's heads, we're pretty sure we'd believe you. He understands what people feel and why, and translates that into his music through rollicking guitar riffs, R&B croons and pop bops.

He's nearly ready to release his second album Nectar, and we can't wait. We've already heard three singles from the album - the Diplo collab Daylight, the rock ballad Run and Gimme Love. The album will also feature Omar Apollo, BENEE, Lil Yachty and more, and we're so excited to hear just how sweet this new album will be.

Indonesian-born NIKI has always excited us with her style of R&B, but on her debut album Moonchild her sound has taken a huge leap forward. Moonchild sees her embracing the poppier sides of her music to full effect - without leaving the R&B behind. It's a great middle ground between the two, and there truly is something for everyone on this album.

Speaking to NME about the her debut album, NIKI says Moonchild sees her breaking free of expectation. “You’re supposed to make art, art is supposed to push the boundaries, art doesn’t need to make sense all the time because it mirrors life, and life doesn’t make sense most of the time.” We can't wait to see what NIKI makes next - Moonchild feels like the start of something special.

Chinese artist Jackson Wang isn't just a singer - he's a dancer and a fashion mogul as well. He makes catchy, danceable pop that is getting people moving all over the world, and he's not going to stop any time soon.

Jackson directed, wrote and edited the music video for his most recent single with Galantis, Pretty Please, and it's a homage to the Hong Kong films he grew up watching. His sound, and his vision, is a truly global one - and he's paving the way for other Chinese artists to make their mark on the Western music scene.

Speaking about the launch of Paradise Rising, 88rising's founder Sean Miyashiro told Forbes it's the right time to bring Filipino music to a global stage. "Simply put, Filipino music culture is rich. It’s common for families to have a karaoke machine, so generationally, kids grow up with a strong influence of music and dance." Filipino music has so much to offer the world - and Paradise Rising will help showcase the next generation of Filipino artists.

Higher Brothers aren't just the biggest hip-hop artists in China, but they're also the first Chinese rap crew to make waves globally. They embrace US influences like Migos, while also putting their own spin on the sounds that are currently dominating the US hip-hop scene.

Their latest album, 2019's Five Stars, is an album that showcases their ability to not only mix it with some of the biggest rappers in the game but outshine them. Higher Brothers are helping to make rap more global, and we can't wait to hear what they've been working on next.

It's been a little while since we heard from South Korean rapper Keith Ape, and we're hanging out for some new music. He makes woozy cloud rap that makes you feel like you're floating away, while incorporating some heavier trap elements.

The video for his 2018 single My Wrist Clearer Than Water! was inspired by the video game Half-Life, and sees Keith moving between reality and the virtual world. We're hoping he didn't get stuck in the virtual world - we'd love to hear some new music from him very soon.

Teenage pop artist Stephanie Poetri is one of the newest faces of 88rising, but she's already getting people's attention. She recently released the Joji-directed music video for Do You Love Me. It's a song about unrequited love, from the perspective of the person who's fallen for their crush.

Stephanie is committed to making her mark on music and wants to provide the music people listen to when they're living their best lives. “I’d love for people to fit this music into their day-to-day lives. If I can be part of someone’s soundtrack, whether they take the song as a positive or a negative, there’s nothing better.” 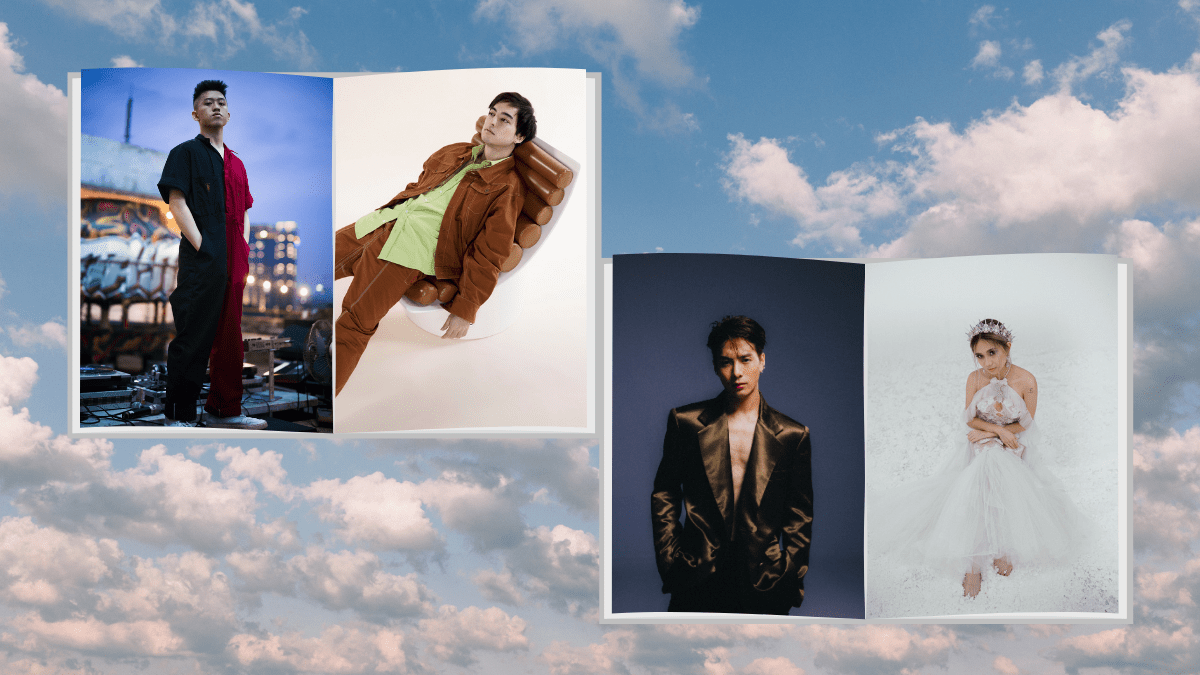