When it comes to hip-hop and rap, a great beat can turn a song from good into great, and great into a song that people remember for years after its release. Any time you're listening to a song with a great beat, it goes straight into your playlists - ready for whenever you're feeling like busting out some moves.

Here are some of our favourite beats from the 2010s, and what makes them so legendary. You'll want to have your speakers turned all the way up whenever you're listening to one of these tracks - it'll get everyone around you ready to party.

Not many songs hit you quite like Bodak Yellow does - it's a New York-style trap beat that doesn't let up for the duration of the song. Cardi rides the beat and sends out shots to all those who doubted her, and it's the energy of the beat that makes her lyrics have just a bit more punch.

Produced by J. White Did It, a producer from Dallas, the pair have worked together in the past, with White producing Lick from Cardi's second mixtape, Gangsta Bitch Music Vol. 2 - so it's no wonder the track is pure heat.

The beat for the track came together in 15 minutes, White told DJBooth, saying, "My manager came in and he was like, 'Yo, I really like those snare hi-hats you do.' So I added them and after that, we were like, 'Oh my God, this is the record.' Cardi loved the track and it was magic from there." Sometimes, it just comes together like clockwork.

What's the best $30 you've ever spent? If it wasn't on a beat that would form the basis of one of the most popular songs in history, then Lil Nas X has you beat. In 2018, Lil Nas bought the beat for Old Town Road from a 19-year-old producer from the Netherlands known as Young Kio, with the track sampling 34 Ghosts IV from Nine Inch Nails.

It's a trap country beat that Young Kio described as a "Future type beat" when he uploaded it to BeatStars, a website where you can buy beats for between $20 and $200. Speaking to NME, Kio said he didn't realise it was going to be a hit at first, saying, “I didn’t think it was a hit at first. The song was made in December and it only started to get views in February. I didn’t even know it would get this big.

"So the answer is no, you know? It’s just crazy how everything turned out. It was just a normal song to me but once I started to get crazy numbers then I thought, damn, this shit is gonna be a big hit.” As it turns out, a big hit is an understatement - and a $30 beat made cowboys cool again.

READ MORE: 11 Of The Best Rap Guest Verses Of The Last Decade

Azealia Banks released her debut single 212 in 2011, and it turned her into one of rap's rising stars, almost overnight. The beat of 212 doesn't let up for the whole song, as Azealia sends out bar after bar of pure confidence - it's a song that even now sounds like it could have been released last week.

Produced by Lazy Jay (aka Belgian DJ Jef Martens and his brother Toon, the beat is based off their track Float My Boat, which they then turned into the basis for 212, creating a hip-hop beat that doesn't sound out of place at an EDM rave, nor a pop event at a nightclub. It's a chameleon of a song, which is in part why it was so successful.

However, 212 is a track that might never have seen the light of day. Azealia's label at the time, XL Recordings, wasn't a fan of it, and didn't want her to release it. Instead, she stuck it on the internet, and it turned into one of the biggest songs of the year - to the surprise of even Azealia herself.

Kendrick Lamar's Backseat Freestyle is a spiritual predecessor to his legendary verse on the Control (Remix). It's got the energy of a rapper that knows he's the best, and is hungry to prove it - with a beat that refuses to slow down to let Kendrick catch his breath.

Produced by Hit-Boy, the beat keeps punching throughout the track, feeling like a throwback to classic hip-hop beats, which fits the idea that Kendrick is going for - he's got a mix of instrumentals, and him and his friends are in the back seat of a car freestyling without a care in the world.

Hit-Boy told Genius that from the first time Kendrick heard the beat, he knew what to do with it. Kendrick "took the beat, and I remember him texting me like, ‘Yo, we got one.’ The energy, the way he flipped it and, yo just made it feel like he was really just spittin’ with the homies in the backseat forreal.” Kendrick wants people to keep up with him on the track, but he doesn't let up - and the beat carries him along for the ride.

Stormzy - Big For Your Boots

When Stormzy disappeared to work on his debut album Gang Signs & Prayer, people weren't exactly sure what he was up to. That was, until he returned with Big For Your Boots.

Produced by Sir Spyro and Fraser T. Smith, both are instrumental to the production of the beat.Speaking about making the beat with Spyro, Stormzy told the FADER he told him, “Bruv, the old school grime instrumentals that I loved the most were the ones with the female, pitched-up vocal samples. If we can pitch up a vocal and put it in ‘Big For Your Boots,’ then I’ve made a riddim that I wanted to make.” You know with Spyro, because he’s so fresh, it’ll never be too old-school." Big For Your Boots helped establish Stormzy as a superstar, and he hasn't let up since.

Meanwhile, Stormzy told Beats 1's Julie Adenuga that Fraser brought the finishing touches to the track, turning it into a song that feels like both classic and modern grime. ""He's] someone who's so skilled and at that upper echelon of the game… I was just looking forward to seeing what happens. Spyro had laid such a sick foundation that the drums were mad and there were chords and they were mad… I had an idea to get a sample in there 'cause I feel like samples are so grime… to get that flippin' old school crud."

Before they were one of the biggest hip-hop groups in the world, Migos were trying to make a name for themselves - and that's exactly what they did with their 2013 single Versace. The beat was produced by Zaytoven, who's gone onto work with pretty much every big name in hip-hop. It's a beat that changed hip-hop, in many ways, because the song embedded high fashion into rap like never before.

Migos member Quavo initially ran into him by accident, telling Vice "I bumped into him at the club and he looked at me like “Hey, I been looking for you.” We literally bumped into each other, I almost knocked over his drink." Eventually, the track would get remixed by Drake, which made the track take off even more - but it's the energy of the beat (and the shameless love of luxury) that got the attention of hip-hop fans everywhere.

Many people consider Kanye West's 2010 track Runaway, off his album My Beautiful Dark Twisted Fantasy, to be his best song - and a large part of that is due to the beat. Produced by Kanye alongside Emile Haynie, Jeff Bhasker and Mike Dean, the beat is one of the simplest on this list - but also arguably the most iconic.

The deeply personal track talks about Kanye's failed relationships, as well as how the media sees him. The beat is built using repetitive piano riffs, including that iconic introductory note - and when that note kicks in, you know immediately what song you're listening to.

If you're looking to put together a party representing the end of the world, then Ascension has to be on the party playlist. Produced by group member Damon Albarn, as well as Remi Kabaka Jr and The Twiilite Tone, the song comes off their 2017 album Humanz, and sounds utterly chaotic.

Vince Staples raps over a beat that threatens to fall apart the whole time, but never does. It's a song for the nightclubs of the distant, distant future - as chaos rages outside, a nightclub that serves as a temporary refuge of a past life would be spinning this song every single night. Not many songs call to mind a dystopia - but when the end of the world is coming, you'll want this song playing nice and loud.

Super Bass, a 2010 track from Nicki Minaj, remains one of her biggest hits a decade later - and for good reason. Produced by Kane Beatz, Super Bass has a pop-tinged beat that he sent her as she was putting the final touches on her debut album Pink Friday. Kane says Nicki described the beat as "so pretty. She loves rap music, but she always has melodic sounds, too".

The track got Taylor Swift's attention, who requested the song on a Nashville radio station in February 2011 - and the track took on a life of its own. Taylor was on air, and managed to rap most of the song - which, at the time, wasn't exactly a smash hit.

Speaking about Taylor's co-sign and the impact it had on the track's success, Kane says, “I remember being at a hotel and watching Taylor Swift on my laptop, and being like, ‘Wow, she rapped every single word. It became a viral thing that girls wanted to show that they could rap the whole verse.” She'd soon end up on Ellen, while Selena Gomez would upload a cover of the song on YouTube, establishing Nicki as a superstar. Good thing Kane reached out to her. 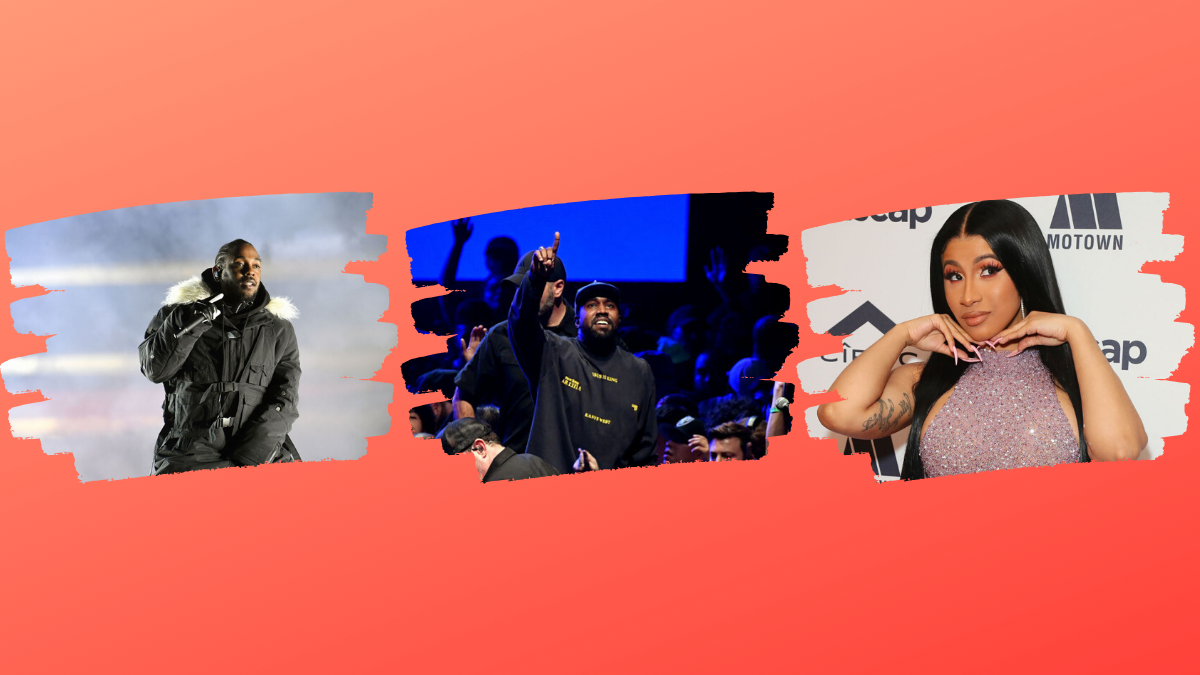